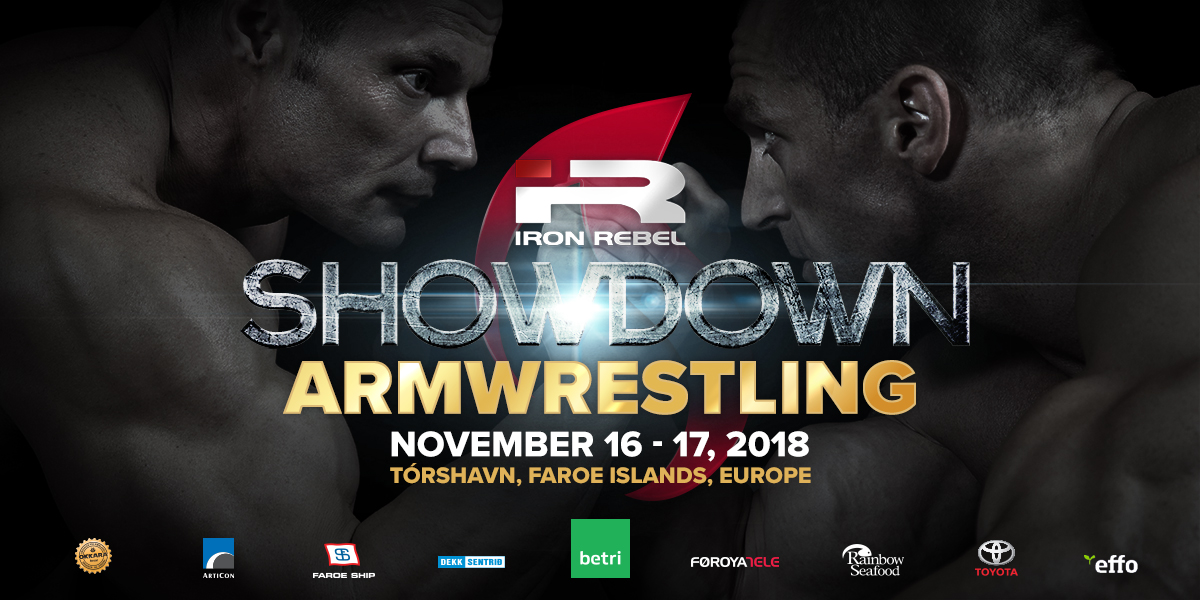 Arm wrestling is a new sport in the Faroe Islands:

Arm wrestling has always been a part of the faroese history. For generations men have been arm wrestling, mostly in private at home, in bars etc. We have never had an organized platform for the sport and have no professional arm wrestlers in the Faroe Islands - not yet!

There are a few faroese guys training for Burn Showdown and hopefully we will have some professional faroese arm wrestlers in the near future.

The Burn Showdown competition will be at great kick off to the arm wrestling sport in the Faroes. This will be our first competition of its kind with approved referees and WAL arm wrestling table. The audience will definitely get a thrilling, exiting experience seeing these men showing off their raw power. Hopefully someone will be encouraged to participate in next
year´s Showdown?

Super matches:
This year we have some super matches lined up; two competitors battle against each other to win their super match.

We will announce the set-up of the super matches soon!